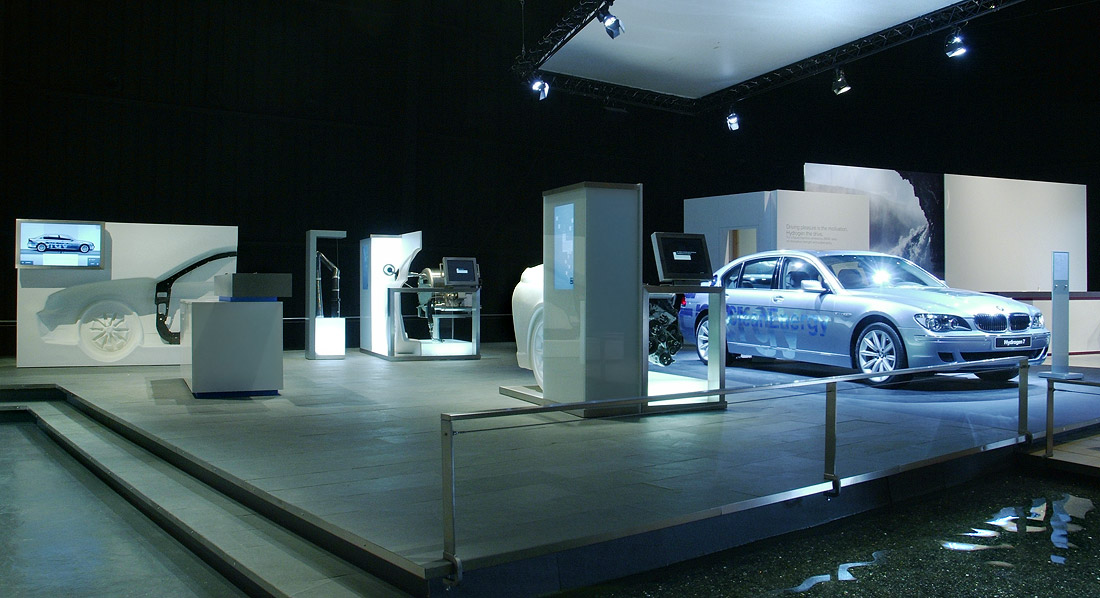 How to explain hydrogen? How communicate its future potential to a desiring crowd of journalists, experts and potential customers? At simple gmbh, we developed the new BMW Clean Energy strategy for technical hydrogen communication.

I took a central part in the intensive creative process that was pressed through a merely 6 months, responsible for concept, general aesthetics and 3D exhibit design. Furthermore i led the media design and programming team, partly programming the animations by myself.

The grand unveiling was the Valencia Dealer Drive, an educative opportunity for thousands of international BMW dealers to experience their brand. The communicative elements revolve around the all new BMW Hydrogen 7, the first serially manufactured hydrogen car on the market.

Apart from physical interactive exhibits, the project focused on reusable interactive applications to be shown in various contexts such as exhibitions, international trade fairs and the BMW website itself. 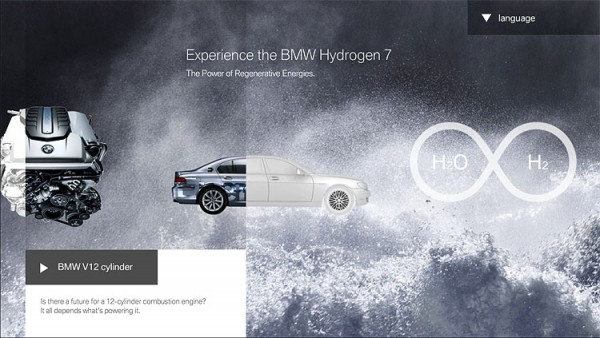